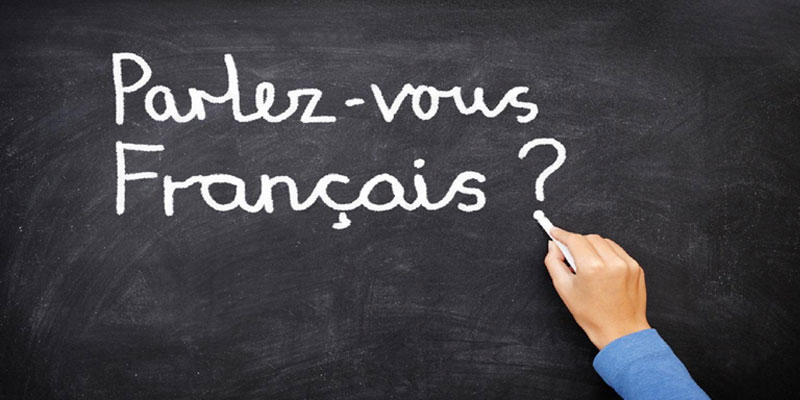 French language is known to be one of the most sensual languages; however, it is much more than that. This language is the fourth most spoken languages in the world. It is a myth that French is only spoken and understood in France. Rather, it is one of the rare languages that is spoken and understood in five continents after English. Hence, by understanding the language thoroughly, you open the big wide door of opportunity for your career.  Hence, if you are thinking about learning a foreign language, learn French!

It is not surprising that French is the 6th most spoken languages all over the world. It is one of the prime languages in Spain and other countries Belgium, Canada and so on.  Also, when it comes to learning a new foreign language, French is the language that is accepted the most by the students who want to learn a new foreign language. There are French classes in Hyderabad which are raising the bar of quality in delivering the knowledge about French language to the students. These foreign language courses in Hyderabad a new stream of opportunities among fresher.

At Elite, being one of the best foreign language institutes in Hyderabad, we make sure that our students learn the language in its real form. We open the door for an entire new world of opportunities for the candidates that choose us for their journey in learning a new foreign language. We make sure that our students learn French fluently, so that they do not come across any hurdle if they want to use the new language in their profession.  We have consistently proved ourselves in providing the best guidance to the students.  Learn French language in Hyderabad with Elite and we promise you will be satisfied with our teaching pattern.

In our Foreign Language course in Hyderabad, we have designed the course in such a manner that our students become the master of the language by the end of the course. We conduct tests that help in evaluating the proficiency of the language, these tests play major role in self-evaluation. They help in understanding the areas in which students have to work harder. We have globally accepted certificate that we provide on clearing the tests and exams of the course. Thus, at Elite, we make sure that our students are the thorough master of French language once they complete our course.

French classes in Hyderabad are helping the students all over by providing a new career option for them. There are different sectors and industries that welcome a French expert with their open hands such as in the tourism and hospitality industry. Also, there is lucrative demand of French speakers in the field of fashion, in aeronautics, diplomatic services and so on. Also, there are several opportunities in proofreading, translation and so on which you can avail through our French classes in Hyderabad. Also, the job of interpreter is one rare form of job opportunity which demands mastery over the language.

Thus, the French classes in Hyderabad are turning out to be a boon for the Indians who have interest in learning a new language. Learn French language in Hyderabad and give wings to your career!

Duration of the course will be updated soon

Date of new batch will be updated soon?

Hii This is Rajeshkumar. I'm so to share my experience with you here. I think I've found right place for improve my communication skills . In our regular classes we had Presentations, Reading, Listening and clear cut knowledge about the tenses . These activities had help me overcome the nervousness while giving the lectures. Excellent training provided by Elite Institute Of Foreign Languages. Experts will shape your knowledge in new language very accurately. Seriously I have gained domain knowledge and could face any type of situations. Thanks for this Elite Institute Of Foreign Languages.

Whatever maybe your reason to learn a foreign language, ‘Elite Institut’ is the right place. We are glad to offer a wide range of language solutions for French, German, Spanish and Japanese.